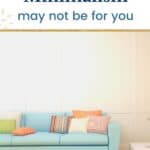 Inside: What is minimalism and is it right for you? Learn more about what it means to live a minimalist lifestyle and why it might not be for you. 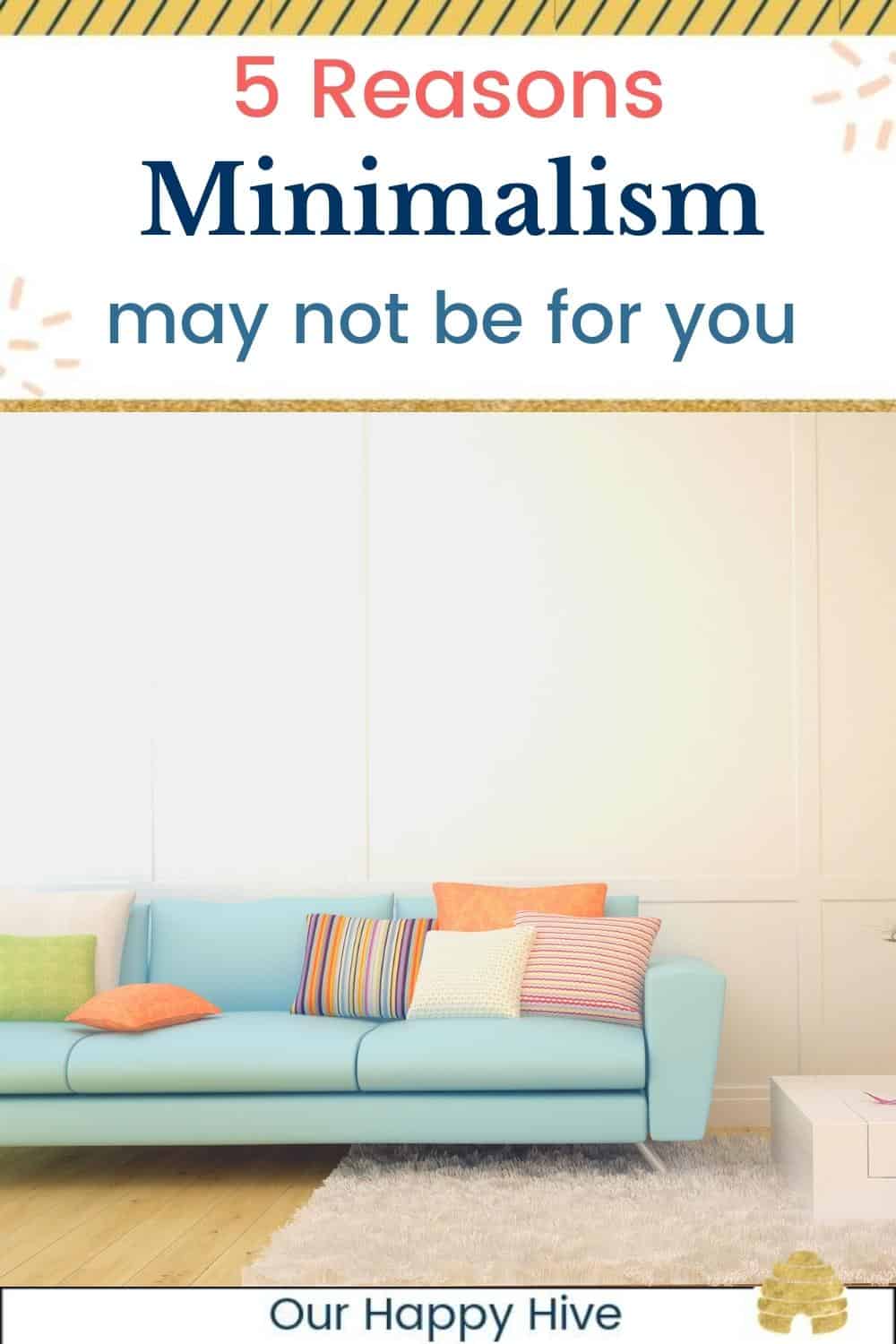 Minimalism. I don’t know about you, but when I hear that word, an image comes to mind. A tiny house, perhaps, with bare walls, hardly any possessions to speak of in view, and no car in the driveway.

There are a lot of misconceptions out there about being a minimalist (including that image I painted above). Let’s take a quick look at what minimalism is…and isn’t.

If you’re like me, you envision a minimalist owning about 2 outfits, 1 pair of shoes, 1 plate, 1 cup, and so on (ok, a slight exaggeration – sort of).

The definition of minimalism, in my mind, was basically shunning possessions. Refusing to own something that may be useful or beneficial simply out of principle.

Unfortunately, that’s kind of the rap that the minimalist movement has right now.

I’m so happy to say, however, that after more investigating and even dipping my toes in to practice a little minimalism myself, that’s not the case.

Personally, I like having extra plates so that we don’t have to run the dishwasher until it’s actually full. I also like having cute shoes! 😉

What Being a Minimalist Is

Now I bet you’re wondering how to be a minimalist!

It’s about finding freedom from those stresses and worries and living a more intentional lifestyle. Rather than setting rules for what you can’t have, it’s about making decisions to purchase items more deliberately.

Do you want to have a career or live in suburbia or have 5 pairs of shoes? That’s ok!

So then what is minimalism…really? It’s a way of life that promotes getting rid of excess material possessions in order to live a more intentional life.

Or, another way to put it is to say that minimalists only keep the material items that add value to their lives.

Living with less stress sounds good, right? But, is minimalism for YOU?

If you want to learn more about becoming a minimalist, check out these books! 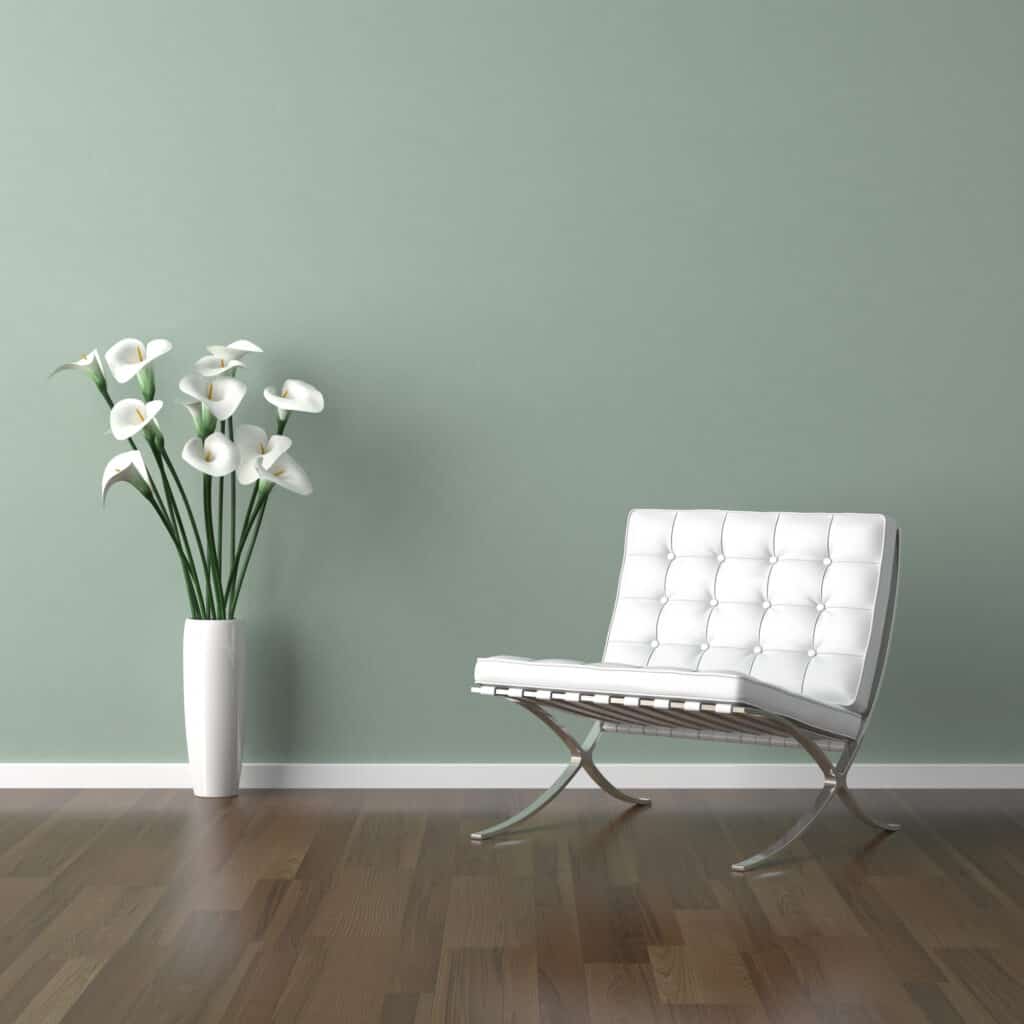 5 Reasons Minimalism May Not Be For You

These days, it seems like everywhere you turn you’ll see people talking about how amazing their lives have become since turning to minimalism. In fact, it’s a popular movement right now!

However, no matter how many people proclaim that minimalism has changed their lives for the better, being a minimalist isn’t necessarily for everyone.

Here are 5 reasons why minimalism may not be for you.

Do You Want to Truly Minimize or Merely Declutter?

When I refer to minimalism, I’m referring to the act of paring down your possessions to the must-have essentials while discarding everything else.

Many people talk about minimalism but what they are actually talking about is a general and thorough decluttering. I am (obviously) a huge fan of decluttering – even a very thorough one.

These days people seem to place themselves into one of two extremes when it comes to materialism:

I personally fall somewhere in the middle. I have no desire to live a truly minimalist lifestyle, and at the same time, I prefer to keep my home decluttered and not collect too much stuff.

At the end of the day, decluttering and minimalizing is not the same thing. If you see value in items that don’t necessarily provide an essential function, then minimalism may not be for you.

Would you rather declutter than minimize? These posts may interest you: 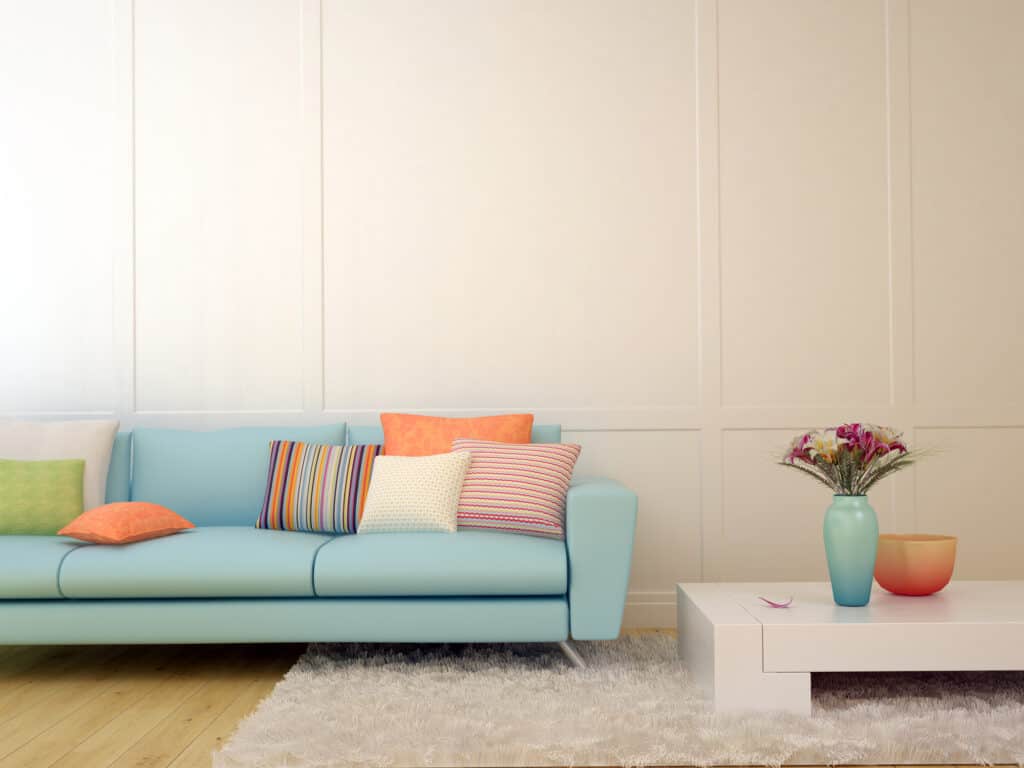 Freedom Can Be Too Much

The idea of being “free” sounds so good when we feel weighed down by something – anything. However, if you look at people who truly are free, say financially free to do whatever they want, they are often at a loss for how to spend their time.

There is value in being tied to something: your job that earns an income or your home that you spend time caring for and cleaning.

Without these ties, there’s a type of void that you can fall into. With minimalism, that void can be so much freedom that you don’t know what to do with it.

If you prefer to have responsibilities to attend to, living a minimalist lifestyle may not be for you.

You Have Too Much Time in the Day

Some people thrive on free time; others struggle when they have too much time to fill.

A minimalist lifestyle frees up time that you would have spent shopping, cleaning a large house, putting away your stuff, etc.

If you have a hard time filling up your daily schedule, becoming a minimalist may not be for you. 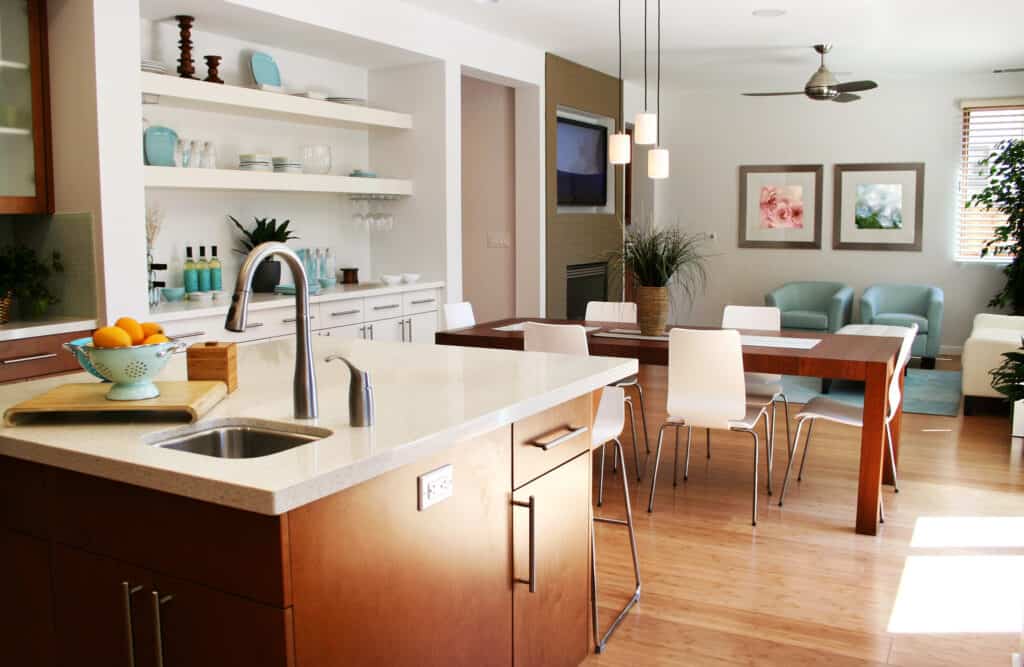 It’s Easy To Get Carried Away

Just as I showed in the example above about the extremes of materialism, humans can often find themselves going to one extreme or another. Another way to put it is that people can go “too far”.

Minimalism is a perfect example!

There’s the problem. There are many examples of items in our lives that hold value, even if they collect dust:

These types of items and many more hold value in the form of memories and emotions. Sentimental value, after all, is a true value in itself.

This is the biggest reason why minimalism is not for me…and may not be for you either.

Final Thoughts On Why Minimalism May Not Be For You

While I wouldn’t call myself a minimalist, I do like the idea of living a more focused and intentional life. I embrace the philosophy of removing items from my life that don’t provide value in order to be able to focus my time and energy on the things that truly do matter to me.

And yet, even though I embrace some of the basic tenants of minimalism, I am not a minimalist. Instead, I prefer to create a clean, decluttered, peaceful environment, even if that means I hold on to “silly” things like my baby’s lock of hair.

What about you – is minimalism for you? 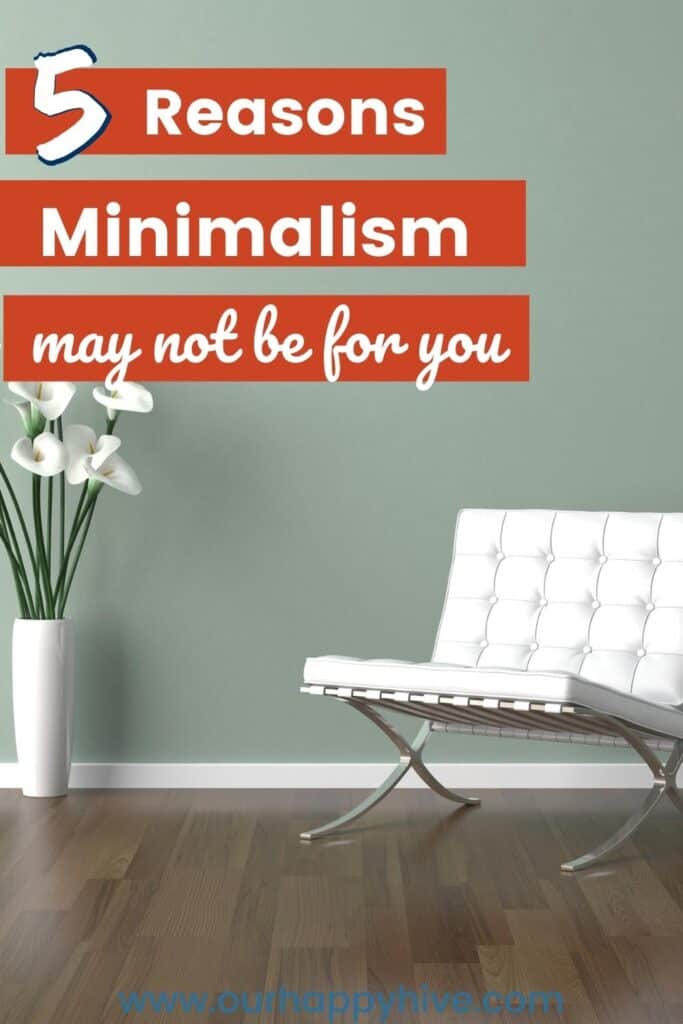 More From Our Happy Hive:

Is The Home Edit or the Kon Mari Method right for you?
Clutter-Free Christmas Gifts – Kids & Adults Will Love 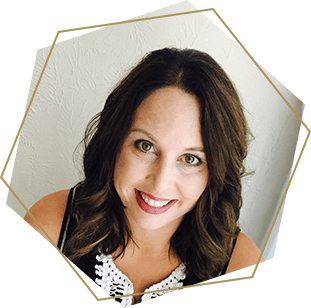 Hello! I'm Melissa…wife, mom, sister, friend, worker bee usually, queen bee rarely! Thanks for checking out Our Happy Hive! I hope as I share my family’s story and learning’s, you too will bee inspired! Read more here > 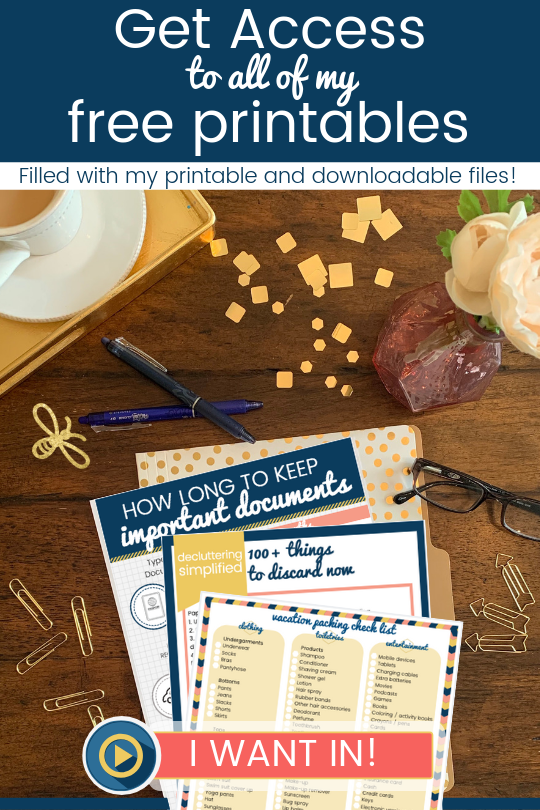 I love the buzz! It thrills me that people are interested in sharing information found on my site! Feel free to pin away and share through other social networks. Bee reminded, that all images and text on Our Happy Hive are our property. You are welcome to use one or two photos with the link back to my original post. I ask that you do not crop any photos or remove the watermark and/or website address without first obtaining written permission from me. All “free-bees” are for personal use only.